In Progress Encyclopedia with 1,100+ Entries Not in Final

See video above for complete details. 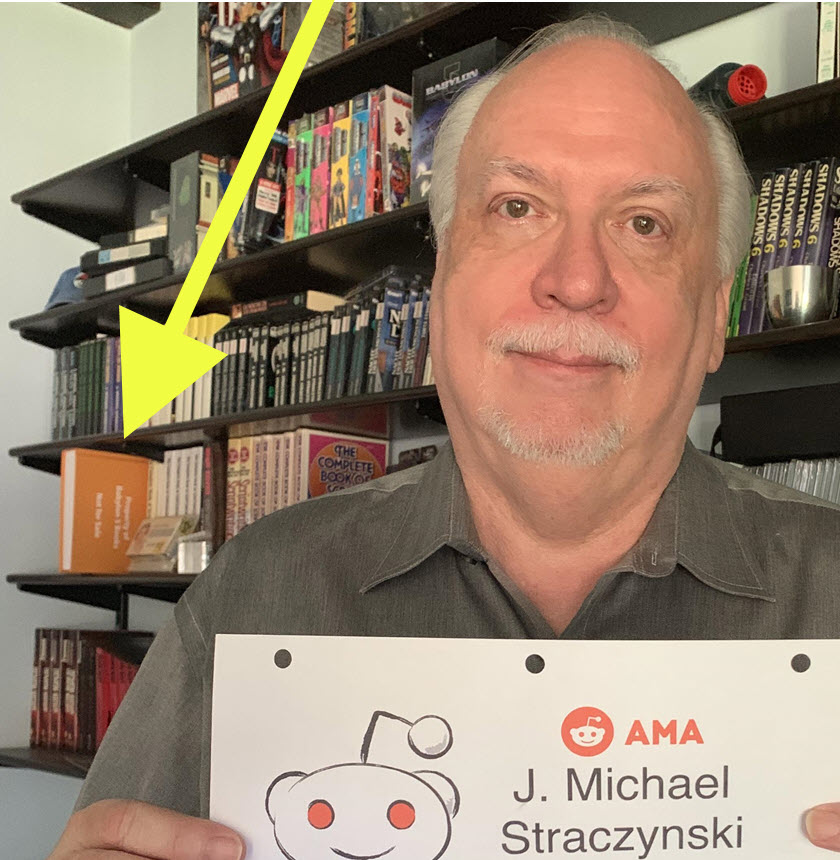 Photo of JMS in his office posted on Reddit. Note the In-Progress Encyclopedia on the shelf.

NEVER BEFORE SEEN: This is an in-progress version of the encyclopedia that has 1,100 entries that were cut for the FINAL edition. (6,600 entries total) Of the 1,100 entries half of them are detailed entries.

Why were these cut? They lacked a certain "canon-acality." In many cases these were in the final shooting script, but cut and not shot or are facts from scenes that were shot but cut. They could have been cut for time (canonical) or cut because there were telling or implying a story that was not aligned with J. Michael Straczynski's vision after it was shot.  In other words at some point they had a certain gravitas.

We needed an expertly bound physical copy that could be distributed to Team Zathras would withstand heavy-duty everyday usage. The minimum order quantity exceeded the number of team members involved but we need the quality so we ordered them anyway because of their fantastic binding.

While you will learn a lot about the show you probably never knew, there was one other variable that made us decide to offer these: JMS' love of demystifying the creative process.

These were printed at our most critical point.  We had all the entries in one place. And so began the process of what would be left in and what wouldn't. Sample entries included here but not in the final such as mindwitch, Minbos, Falaron and Jarvis 2000.

About half of the deleted entries are highlighted in the text so they are easy to find. See video above.  Requires a custom shipping box which is delaying shipment to March 9, 2020 at the latest.